And We Wept The Black Ocean Within

by A Storm of Light 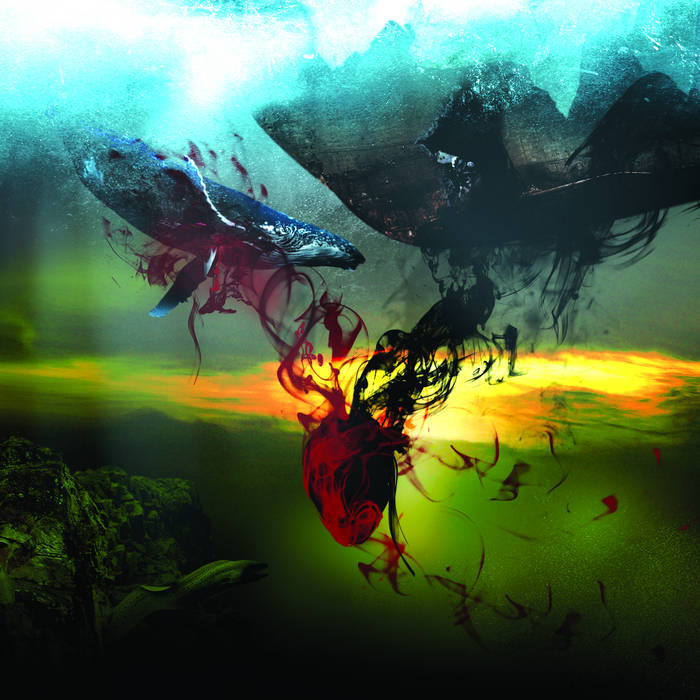 The voice that leads And We Wept the Black Ocean Within is now dead.

No, tragedy hasn't struck since the album was recorded. The debut release from Brooklyn, NY trio A Storm of Light is anything but posthumous. However, within its murky, suffocating depths there lies little certainty about the origin and veracity of the words bellowed by guitarist Josh Graham (also Neurosis visual director, Blood and Time, Battle of Mice and formerly of Red Sparowes) as mouthpiece of the album's protagonist.

The unreliable narrator as a literary device -- familiar to the works of authors like Edgar Allan Poe and William Faulkner -- places readers within an intractable mind in a severely compromised state. Interestingly, this notion rarely explored in rock music is the essence of And We Wept the Black Ocean Within. The first-person lyrics are unclear exactly who might be delivering them as they appear to move through varying stages of grief (i.e. denial, anger, bargaining, depression, acceptance) throughout the course of the album. It could be something inanimate, could be something animal, or it could be the words of someone long deceased. Graham isn't forthcoming with details, however. The closest he comes is a vague hint to the cover artwork and something to do with so-called "bog bodies" -- phenomenally well-preserved human remains dating back to the Celtic Iron Age of persons violently dispensed by being submerged in acidic peat bogs.

Whichever the case may be, these dark themes of drowning, destruction and despair are perfectly suited to A Storm of Light's impressively pressurized sound. Graham is joined on the album by bassist/vocalist Domenic Seita (ex-Tombs, ex-Asea) and drummer Pete Angevine of Satanized. Since this recording, rhythmic pugilist extraordinaire Vincent Signorelli (Unsane, ex-Swans) has signed on as second drummer. As you'd guess by the pedigree, A Storm of Light is brutally hard-hitting. However, the group's haunting harmonic drone meshing guitar, vocals and subtle keyboard layers gives listeners a sense of slow suffocation in waves of noise rather than straightforward pummeling.

While the immediate heavy rock referents of the band's antecedents make sense, the album has just as much in common with narrative-based groups like Crime & The City Solution than conceptual metal. As an early influence on Nick Cave & The Bad Seeds (and later to share members), Crime & The City Solution's Simon Bonney penned dark tales of desperation and punctuated them with precise song structures that flowed with the prose, rarely adhering to traditional verse-chorus-verse formula. Likewise, And We Wept the Black Ocean Within moves in versicle form between the voice and instruments. The result is an album densely packed with suspense, tension and eruptive release. Aided by master engineer Joel Hamilton (Book of Knots, Battle of Mice), Graham's slack-tuned guitar rumbles and groans while subtle keyboard lines and Seita's bass slither throughout the lowest ranges of the musical scale. Angevine's lunging rhythms add crashing and propulsive heft. The vocals sound as intricately layered as the other instruments, often sounding unclear how many voices are adding to the harmony... guitar notes, voices, synth chords all blur into a wash that quite suitably evokes a sense of deep sea water pressure. We wouldn't go so far to suggest that it could give listeners a case of the bends, but And We Wept the Black Ocean Within is not the type of album that one can easily escape and switch into something else. Throughout, there are many jutting sonic surprises that we'd be reticent to reveal herein. Suffice to say, the debut of A Storm of Light is a truly suspenseful and captivating work that bears nearly as much to do with masterful cinema and literature as it does with the type of monolithic and epic sounds of its musical progenitors.

A Storm of Light

Bandcamp Daily  your guide to the world of Bandcamp

outré black metal, with a Victory Over the Sun interview and music from Liturgy and Jute Gyte.